Skip to content
I spent the past week in Paris and it has opened my eyes.  Several widely-held opinions and ideas struck me:
1. I am not Charlie 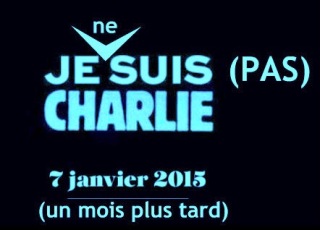 I met NOBODY who evinced support for Charlie Hebdo – now with the killings in Denmark, there has been a revival of that “let’s defend freedom of the press” mood, but it is sure to soon pass away. The Charlie Hebdo cover that came out a week after the murders caused everyone to tell me, with emphasis on the “not”, “I am not Charlie”.

You may wonder who I met and to what extent the people I talked to were representative of French people at large. I can’t prove it but I am convinced that they were in fact very representative.

First, everyone in the French opposition to the French President François Hollande felt that way. Even the most rabid supporter of the French government were upset that taxpayer money was used to finance what they saw as a “dirty sheet” (my opinion too, I never bought it) – one that just went ahead and produced yet another disgusting caricature in bad taste, profoundly disrespectful of another religion. And that means about half the French feel that way. If not more: you need to add all the Catholics of France who ave heard Pope Francis exclaim from the Philippines (where he was traveling at the time), that every religion should be respected.

2. The Légion d’Honneur is Not What it Used to Be 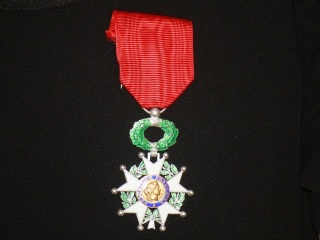 I discovered that the very people you’d expect to respect (even admire) the Légion d’Honneur, the top decoration in the country – and I am talking about top diplomats, lawyers, business managers – felt that the Légion d’Honneur was increasingly misused: in fact, the Légion d’Honneur is not what it used to be. They mentioned to me (with ill-disguised disgust) that it is given to athletes because they run faster or jump higher, to celebs because their smiles  go viral on Internet, but it is no longer given to “for the right reasons” to people “who deserve it”. In their view, Thomas Piketty was right to refuse it.

3. The United Nations No Longer Counts

This, to me, is very upsetting, considering that France has historically always been a great supporter of the United Nations since its inception – and France is one of the Five Big Powers at the UN Security Council with veto power (along with the US, UK, Russia and China). I came across this conviction when I listened to a conference given by Ambassador Jean-David Levitte in a private circle – a fellow of the Brookings Institution in Washington, Mr. Levitte is a top French diplomat who was French Ambassador to the United Nations (2000-2002) and Washington (2002-2007) and served as Diplomatic Advisor to two Presidents, Chirac and Sarkozy. He talked knowledgeably (of course!) about world politics and the changes since the foundation of the United Nations in 1945, evoking the way ahead, particularly in connection with the on-going Ukraine and Syria crises. 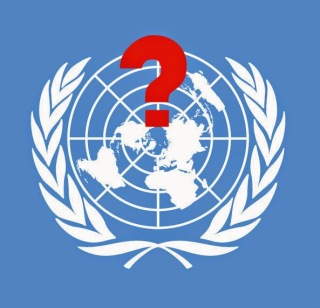 He sees the world as totally changed since World War II. In his view, the United Nations no longer counts. The way ahead, in his opinion, is through setting up  ad-hoc mini coalitions of committed and involved countries, preferably a mix of one or more of the UN Security Council Five Big Powers, the P-5,  plus interested countries.

For example, the way forward for the Syria crisis, he suggested, would be to get together the P-5 plus Germany and include those countries in the region that are most directly concerned: Turkey, Iran and Saudi Arabia. He noted that, while they didn’t “like” each other, they ought to understand that it was in their best (and immediate) interest to see the Syrian situation resolved.

As to Ukraine, the mini coalition, he reminded us, is already at work: Germany, France, Russia and Ukraine (Kiev) with the East Ukraine rebels on the outside and the US benevolently looking on. As he told us that night, he fully expected that when Putin, Merkel, Hollande and Poroshenko met in Minsk, they would “stop the clock” to ensure they would reach an agreement for a cease-fire. Now we know he was right, and they did: they worked all night Thursday 12 February – a full 16 hours, something unheard of for heads of state and government chiefs. 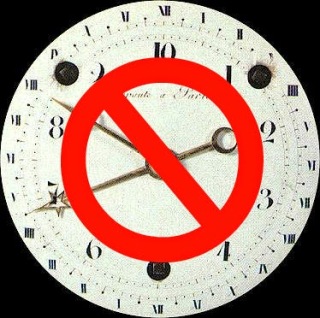 Now let me say something about this gimmick of “stopping the clock”. I know it well, because my uncle worked on the EU Common Agricultural Plan in the 1960s, and I remember he used to work all night long and I’d often meet him after breakfast, walking in his garden and musing about the future of Europe before returning to the (clock-suspended) meeting.  This gimmick was repeatedly employed by European high-level functionaries -including ambassadors – who thus hammered out all the basic agreements needed to build the European Union. Let me emphasize: Functionaries used to do this, not top level politicians. But diplomacy is no longer what it used to be either, and now diplomatic work has been taken over by the likes of Putin, Merkel and Hollande. Personally, I think it’s a mistake: if you discuss at top level you don’t allow yourself the chance of saying, “I must refer back to my capital” which is an elegant way of stalling and gaining time before figuring out the next best move.

Regardless of what the Four Big Guys said to each other in Minsk, Hollande and Merkel came back triumphantly saying (some sort of) an agreement had been (somehow) reached. Whether it will hold up is anyone’s guess. The first cease-fire back in September 2014, as we all know, didn’t last beyond a few days…

5. Mini-coalitions of “Willing Countries” Have Yet to Prove that they Work

As of now, and I am sure that if Mr. Levitte is reading me he would agree, the “mini-coalition” model has yet to prove itself. It works in the short run, but does it work in the long run? It allows for quick decision-making and fast on-the-ground moves, notably in Iraq when Bush and Blair steamed ahead in 2003 and more recently yet, in Libya, with the French-English attacks to dislodge Gaddafi. But what about the aftermath? Iraq, as we all know, dissolved in chaos with ISIS taking over a big chunk of both Iraq and Syria. As to Libya, it’s an on-going chaos, with militia vying for power. Libya, if nothing is done, is going the way of other failed states, like Somalia.

Mr. Levitte suggested that Libya should be “accompanied” on the road to state-building by yet another mini-coalition of willing countries – presumably, he was thinking of France and Italy plus a handful of Arab countries, maybe Qatar?

The question comes naturally: why not strengthen the UN Mission in Libya and give it (for once) the means to operate instead of resorting yet again to a phantomatic coalition of countries whose interests and commitments must necessarily waver with every new election at home and thus vanish overnight. Only the UN can ensure long-term commitment, provided it is given the means to function (i.e. sufficient budget and manpower – the UN has a proven track record of state-building in East Timor and Cambodia – and it has a long experience in electoral assistance the world over).

6. Paris in the 21st Century: the Louis Vuitton Foundation

After all these discussions, it was a pleasure to relax and visit Paris’ latest museum for Contemporary Art, Frank Gehry’s new, stupendous construction, the Louis Vuitton Foundation’s, on the outskirts of the Bois de Boulogne. It occupies a corner of the old Jardin d’Acclimatation – a sort of rural, botanical garden with pigs, ducks and sheep and a Guignol show, great for children. And, seen from the Jardin, the Gehry building looks like a weird, disjointed, alien sailing ship that crashed from the sky: 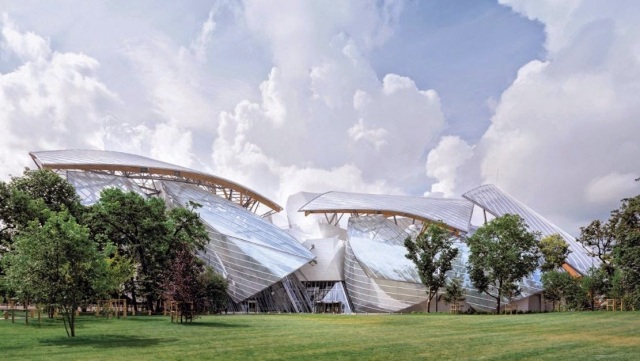 Within that array of “sails”, there are some terraces you can walk on that give you surprising vistas on Paris – very much a 21st Century town with its skyscrapers of the Defense lining the horizon: 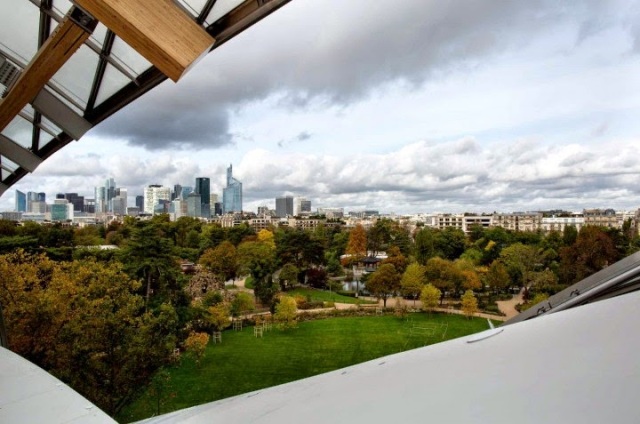 My only regret was the inside of the museum: big rooms, yes, but most without direct light. No attempt is made to take advantage of those “sails”. As a result, the rooms display art very much in the way other museums do, with flat walls and rectangular floor plans. So why bother so much with the outside and not the inside? I had expected to see weird-shaped rooms, things that would leave me gasping…Maybe another time, somewhere else, an architect will surprise us with both the outside and the inside.

I highly recommend that if you go and visit the museum, take your time to stroll in the Jardin d’Acclimatation next door (your ticket buys you entrance to both): a pleasant walk in nature after so much steel and stone…